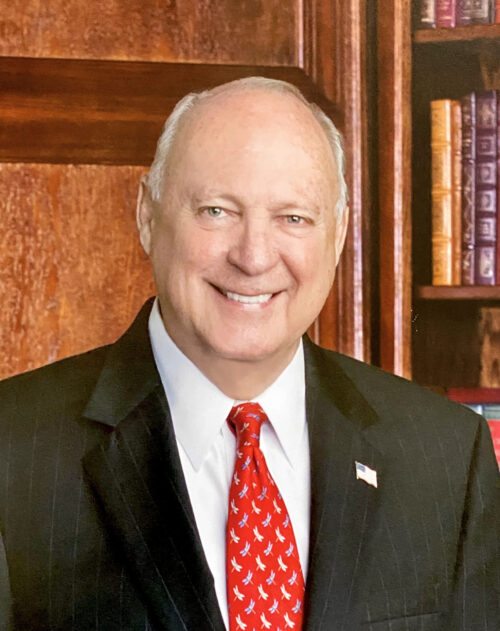 Captain George A. Dodge, Western Airways’ President and Founder, started the company in 1974 with a single-engine Piper Cherokee Six, lofty ambitions and strong determination. After serving in the U.S. Air Force as maintenance crew for an F-105 fighter squadron in Southeast Asia, he returned to the U.S. and used his GI benefits to earn his air transport pilot, helicopter, seaplane and flight instructor ratings.

George went on to become Captain with a local airline for a time, then decided he wanted to provide private air travel for those who saw the benefits it provided. Capt. Dodge flew passengers in his Cherokee Six all over the country, delivering people and cargo to airports which, in many cases were not accessible by the airlines. Slowly he added additional aircraft and hired pilots, then ground crew and maintenance personnel, and established a base of operations at Andrau Airpark. Andrau was a public-use airport in the Alief community of Houston, in an area now occupied by Royal Oaks Country Club.

For many years Capt. Dodge grew his business as a premier air charter operator, running operations and flying the line as well, establishing relationships and building trust in the community. George purchased aircraft for the company and helped others locate and acquire aircraft as well, guiding them with his vast knowledge and experience in the industry. Capt. Dodge spread his wings further and for a time operated out of Houston Southwest Airport (AXH) and West Houston Airport (IWS). After Andrau Airpark closed in 1998, George began construction in 2000 of a new two-hangar facility at Sugar Land Regional Airport (SGR).

Western Airways became one of the largest, most well-known and respected private air charter companies in the south-central U.S., trusted by business executives, politicians, sports figures and celebrities to provide them with safe, professional and dependable service to their destinations worldwide. Western Airways expanded its presence at Sugar Land Regional Airport to include four large hangars, providing over 85,000 square feet of hangar space to accommodate its large fleet, as well as its FAA-certified Part 145 Repair Station, a well-organized maintenance department to maintain those aircraft to standards higher than those required by the FAA.

For over forty years, Capt. Dodge helmed Western Airways, Inc. and continued to do so after selling the company to a friend and local business executive, until 2019 when he decided to take some well-deserved time to spend with family and travel.

During the summer of 2020 at the height of the COVID-19 pandemic, Western Airways was forced to shut down charter operations, but retained its FAA Part 145 Repair Station. On September 1, 2020, Capt. Dodge, along with partners in the oil & gas industry purchased all the company’s assets and formed Western Airways, LLC at the same location in Sugar Land, Texas. Almost all maintenance and avionics employees were retained along with key administrative staff, and focus has shifted to growing the Repair Station and its maintenance and avionics capabilities.

Over many years Western Airways has developed a very large network of contacts and customers in many different industries and is known for providing excellent customer service as well as going above and beyond to meet the needs of its clients. Western has provided for prominent customers including Shell, BP, Chevron, ExxonMobil, Repsol, Total, Diamond Offshore, Transocean, Citgo, University of Houston, Baylor University, the University of Texas, and countless others.

While accustomed to maintaining aircraft to very high standards for FAA Part 135 charter operations, Western Airways’ Part 145 Repair Station has become known for its quality of service, and for the professionalism of its staff. Charter operators, other management companies, public and private businesses and individual owners have come to know and trust Western Airways to provide the best quality maintenance and avionics service available and rely on Western’s commitment to safety at every stage, from accepting a project to releasing an aircraft back into service.

Captain Dodge continues to lead his trusted team at Western Airways, providing exceptional customer service, management, maintenance, and avionics solutions while helping buyers locate and acquire aircraft to meet their needs. Always the aviator, Capt. Dodge’s relentless pursuit of professionalism and customer service has also led him to include restarting charter operations in his plans for the company’s future, to take to the skies once again, and let one runway open a gateway to the world.